It’s on nights like these when the evenings are drawing in and the chill winds blow that there is something quite comforting about sitting down in front of a roaring fire to enjoy a classic ghost story. The sort of thing that was once the domain of the BBC and their delightfully eerie Ghost Stories for Christmas, or those old dark house tales that were so prevalent in the 1920s and 30s. It is therefore pleasing that in this age of technological advancements a film like Borley Rectory comes along and takes us right back to those heady days. Ashley Thorpe’s film, a dramatic documentary tells us the story of the most haunted house in England.

Borley Rectory has been a massive undertaking for Thorpe, it has eaten up the last six years of his life. A project that has turned his home into his studio, and his life upside down. There is a truly wonderful cast of actors involved in the project who have helped to bring it to life, Reece Sheersmith, Jonathan Rigby, Julian Sands as the narrator, there is even a brief cameo from Folk Horror Revivalist Christopher Stagg, as the site workman. Music comes from the ever-reliable Steven Severin, the former Banshee turned soundtracker of all things dark, damnable and disturbing providing a score that fits perfectly, providing chills in all the right places.

The film itself is a mix of live action and animation, shot entirely in black and white and using a variety of methods to make it feel as though it was a product of the era in which it is set. Thorpe has created a beautiful, inspired slice of cinema that echoes those classic films of yesteryear with aplomb. This is certainly no pastiche on what has gone before but a loving recrafting of an artform almost lost. 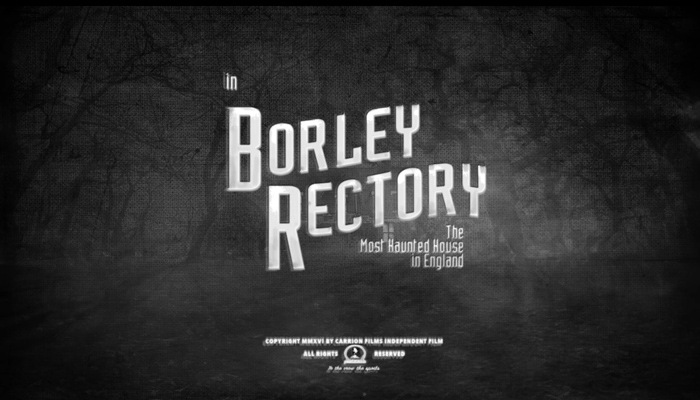 The story, one that is probably familiar to many of you, is that of Borley Rectory, a Victorian house built in 1862 in Borley, Essex. It was alleged to have been haunted from the very beginning, stories focus on the historical flourishing of a relationship between a Benedictine monk and a nun from a nearby monastery in the fourteenth century. After their association was uncovered the monk was purported to have been executed and the nun bricked up alive inside the walls of the convent. Many of those living and working in the rectory, from the point at which it was built in 1862 onwards claimed to have seen the ghostly apparitions of the monk and the nun, and experienced various other paranormal experiences, ringing bells, ghostly writing, and screams to name but a few.

The first half of the documentary concentrates on setting up the story, and providing the viewer with a comprehensive history of the house, from its building in 1862 through to the late 1920s. The second half of the film focuses on the time spent at the rectory of Daily Mirror journalist V.C. Wall (Sheersmith) and paranormal investigator Harry Price (Rigby). This is the point at which the film comes into its own, the séance sequences are wholly reminiscent of those wonderful old spiritualist photographs from the Victorian era. Thorpe beautifully builds tension during these scenes, by keeping things simple and relatively understated. The whole thing works beautifully, and the ghostly apparitions are treated with care and attention to detail. Rigby and Sheersmith are excellent in their respective roles and Julian sands is perfect as the narrator.

Overall Borley Rectory is a triumph, well written, beautifully animated, and filmed, and with such attention to detail that it draws the viewer deeper into its web. Ashley Thorpe’s hard work has paid off. If you have the chance to catch this in a cinema make the effort, it truly is worthy of your time. 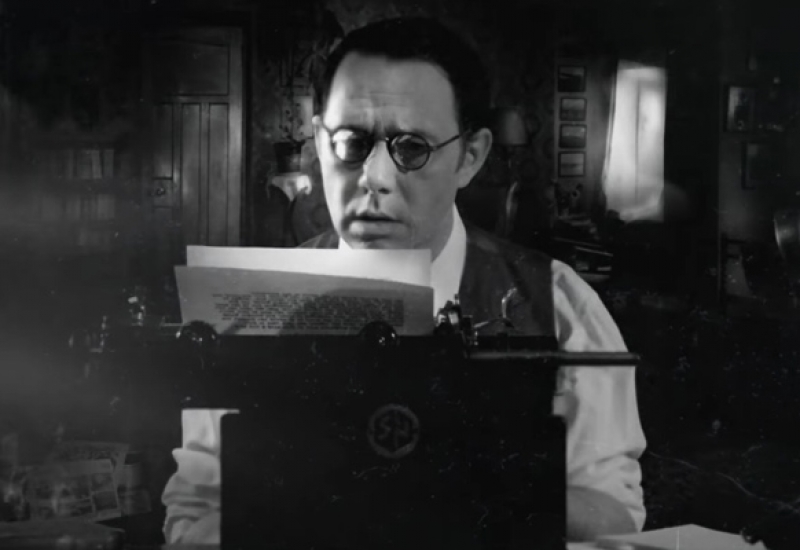 Borley Rectory will be screened as part of Folk Horror Revival’s The Unseelie Court, in Edinburgh on Saturday 21st October, and director Ashley Thorpe will be on hand to answer a few of your questions about the film.