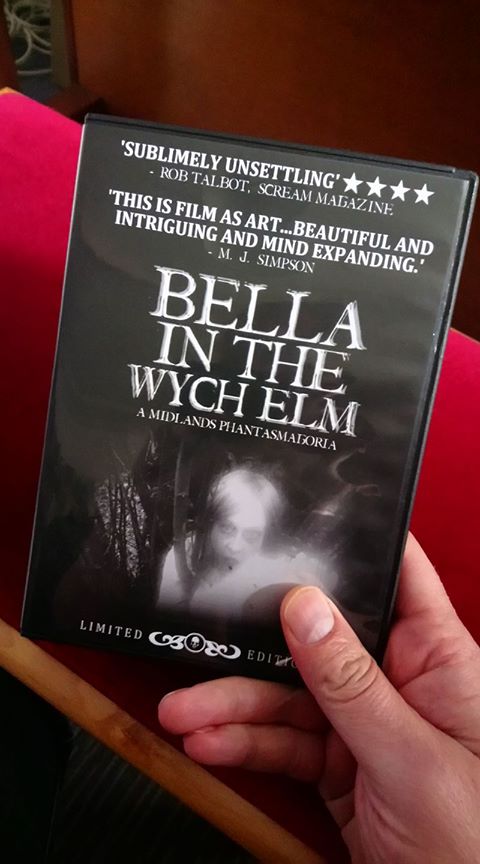 During the Second World War, four lads looking for bird’s nests on the grounds of Hagley Hall in Worcestershire found a skull in a hollow elm tree. The police, investigating, found a woman’s skeleton there, clearly hidden in the tree after death, but no further clues were found. But after the case became known, in an unsettling development, variations on the words WHO PUT BELLA IN THE WYCH ELM? began to appear on walls across Birmingham and the Black Country. Someone knew who Bella was, evidently; but others took up the question, so whoever knew was safely anonymous. The question of who put Bella in the Wych Elm became part of the modern folklore of the Black Country – a fact which gives the lie to the idea that the modern age doesn’t allow for new folk legends to rise.

Tom Lee Rutter, a native of the area, has a pretty decent run of short films under his belt, but this one is more personal, part of the culture of the Black Country, a spooky, quaint piece. His grandmother and her friends used to go to Wychbury, “looking for Bella.” The story was used to scare naughty children: behave or I’ll put you in the wych elm.

Tom’s Bella in the Wych Elm: A Midlands Phantasmagoria is a 35 minute documentary film which tells the story of the finding, and explores some of the rationales people attached to the mystery over the years. Was “Bella” a gypsy? A victim of human sacrifice? A murdered sex worker? Or someone else?

In style, the film owes a lot to James Marsh’s Wisconsin Death Trip (1999), with its use of the fiddle on the soundtrack, its black-and-white dramatisations and its variety of voices: whispered voices of a ghost, an anonymous letter-writer, the New Forest coven. The most time is given to the friendly voice of “Tatty” Dave Jones (actually a member of ska-punk band The Cracked Actors), who sounds like nothing more than the sort of storyteller that the Midlands always seemed to me to be full of – a friend who lived there for many years once described Birmingham as like that person who stands at the corner of a party and seems unprepossessing until you talk to them and realise they’re really one of the best people you’ve ever met, an assessment which I have always heartily agreed with. Jones tells the tale with a warm, engaging tone, and the scratchy, well-judged visuals surpass its budgetary limitations.

The main thing you have to do with a documentary, a thing that many independent documentarists forget, is that you have to have a thesis; a documentary is an art form in its own right (one of the muses, lest we forget, was a patron of history) and you have to have stakes with a piece of art, a direction in which your story will go. Bella in the Wych Elm succeeds at this right from the beginning. It gives a solution (a solution which some versions of the story, not mentioned in the film, discount), but the apparent conclusiveness of the solution in the film is set beautifully against the fact that it doesn’t make the event any less mysterious, nor does it diminish the way in which poor Bella has entered the local myth of the Black Country. It brings in Margaret Murray and the New Forest Coven, the witchcraft-related murders of the post-war years, and other, perhaps more mundane, but no less strange phenomena. And all of that serves the film’s central theme: This is where stories come from.

In that way, Bella in the Wych Elm succeeds spectacularly. It’s a smart, clever, beautifully constructed piece that reminds you that the mundane, the horrible and the numinous are often very close together and that the modern world still produces folklore.

The DVD comes with a couple of alternative versions of the film and some postcards to sweeten the deal, but they’re just extra decorations on an already excellent package. I cannot recommend this enough, as a document on British folklore, a solidly made documentary film and as a fine work of art from an independent director.

This is where stories come from.

Bella in the Wych Elm can be purchased at bellainthewychelm.bigcartel.com