Wanderings with the fae. A photographic journal of places of atmosphere, folklore, history and strangeness, found on my travels around Ireland.

Crosspatrick Graveyard lies just outside the village of Killala and therein stands the strangely faceless monument to Thomas Mulloy. His hands crossed on his chest as if in death, he looms, unnerving and eerie. 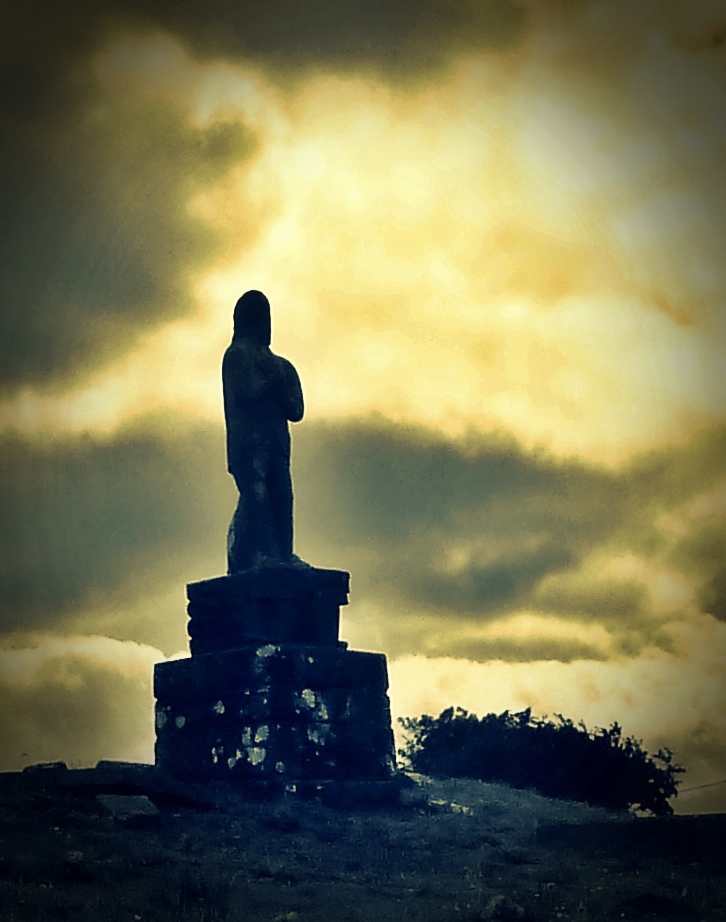 Being a respected local stonemason Thomas took the time to carve his own memorial prior to his passing, adorned with strange angels and staring faces.

Legend has it that Thomas left five shillings in his will to anyone who could close the bottom button of his stone jacket. In 1926 a severe storm blew poor Thomas over, strangely the only damage was that his face was sheared clean off. 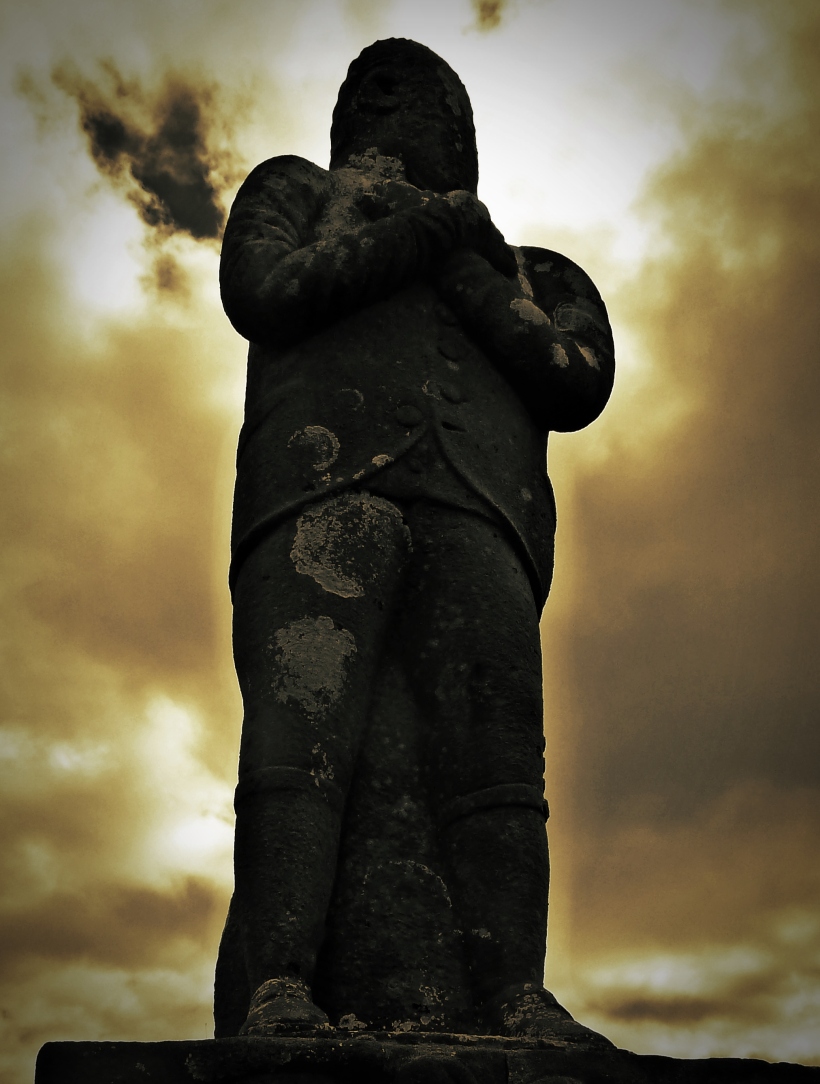 It is said that the graveyard is the site of a battle between St Patrick and a number of Druids, when he defeated them he struck the ground with his staff and there sprung forth a spring and at the site he then built a church. Maybe it’s no surprise that Hawthorn now grows across the site…. maybe the Druids have not forgotten… maybe they sent the wind that felled Thomas….. 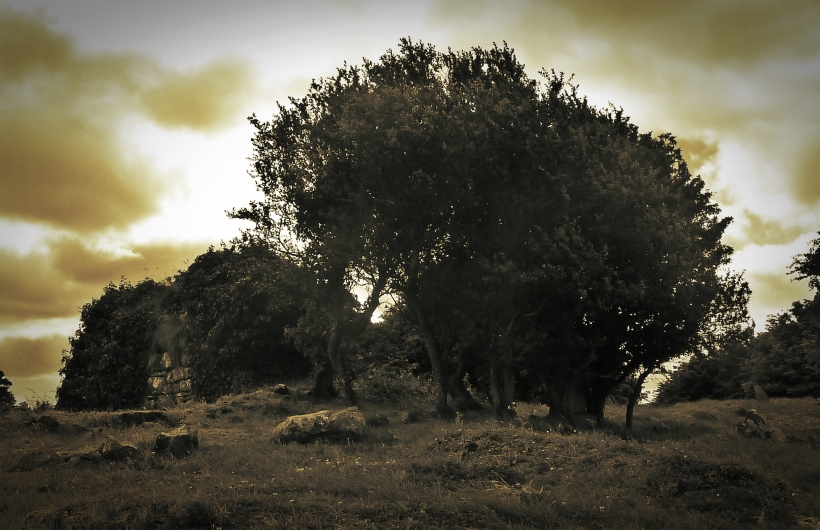