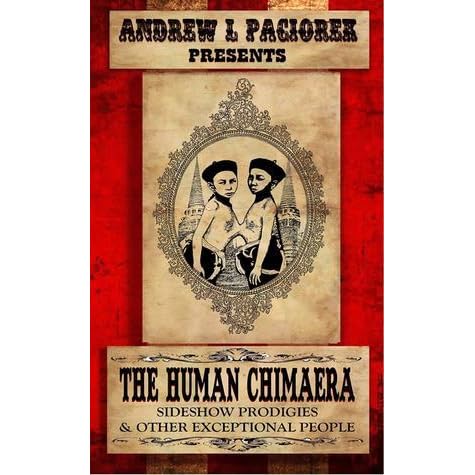 A number of years ago, I ran away with the Show Folk. Literally I did, getting a taster initially in North Wales I then joined a traveling carnival as it traversed across Asia. It was a strange time that influenced and inspired a fair portion of my later art and writing. But it was not the first time my mind turned to dark carnivalia. I never liked rollercoasters or other rides, never found clowns funny (or frightening) but something about circuses and carnivals especially the sideshows enchanted me.

When I was very young, I received as a present the book Horrors: A History of Horror Movies by Tom Hutchinson and Roy Pickard. Along with Monsters and Vampires by Alan Frank and Usborne’s Mysteries of the Unknown: Monsters, Ghosts and UFOs these books were my childhood bibles. On page 111 of Horrors though was a photograph that beguiled me. It was a still from Tod Browning’s 1932 classic movie Freaks. Upon reading underneath it, I was informed that the people in the photograph looked in reality as they appeared. I then visited a sideshow tent at I cannot remember where on some childhood daytrip, but although for the money only saw some photographs, some flea-bitten anomalous taxidermy and a few indistinct things floating in dirty jam-jars, I felt a weird sense of homecoming or something.. Upon getting my first ever book token as a gift I then purchased The World’s Most Fantastic Freaks by Mike Parker.My curiosity was stirred further but so also was my compassion – these were not monsters but people, intriguing exceptional people.

In years to come I read more books, watched documentaries and movies that featured real life people with teratological features or other profound physical differences. Films such as the afore-mentioned Freaks, but also The Mutations, The Sentinel, Chained For Life, The Other, even the Time Bandits. No matter how brief the appearance was, it intrigued me. Some of the films and books displayed compassion whilst others were perhaps more exploitative. Freaks and geeks captivated me. One night in a student bar, The Enigma, a man tattooed head to foot like a jigsaw puzzle, who was a former member of The Jim Rose Circus Sideshow whom I’d seen perform at a theatre the night before and who also starred in the X Files carnivalia episode Humbug,  asked whether he could sit at our table. I was thrilled at that happen-chance

Later in life after my own days on the midway and having viewed the great Channel 4 tv show Cast Offs and the amazing HBO serial Carnivale, my mind turned again to something I had mulled over for years – writing and illustrating my own book about these very special people. With the encouragement of actor Mat Fraser, author Karl Shuker, artist Madame Talbot and John Robinson the ringleader of Sideshow World, all my years of admittedly voyeuristic curiosity took form in the pages of The Human Chimaera: Sideshow Prodigies and Other Exceptional People. It to date was my most difficult book to create, I wanted to show empathy and compassion but no condescension in my words, yet I wanted to render their portrait with regard to the fantastic nature of their stage names or curious features of their lives. In my own, apparently ‘dark’ style I wanted to pay tribute to the sideshow banners that intrigue and captivate but yet stay true to the subjects’ actual likenesses. I think / hope I got the balance right.

Containing over 100 original pen & ink portraits alongside biographic text, The Human Chimaera is an indispensable guide to the greatest stars of the circus sideshows and dime museums.
Includes a foreword by John Robinson of Sideshow World.

Available now in a choice of three cover formats from ~ http://www.blurb.co.uk/b/5567832-the-human-chimaera