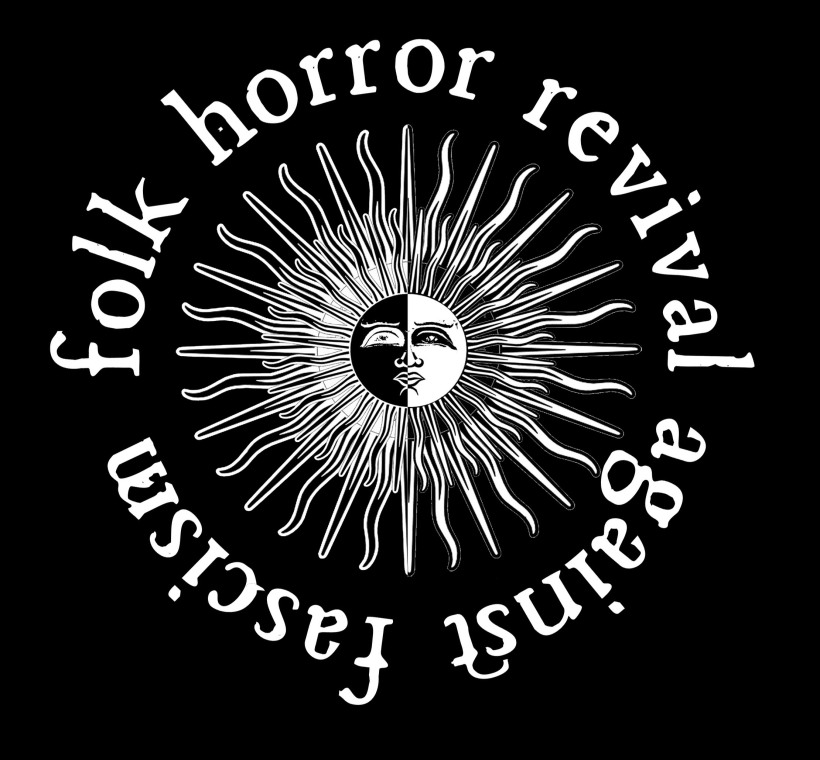 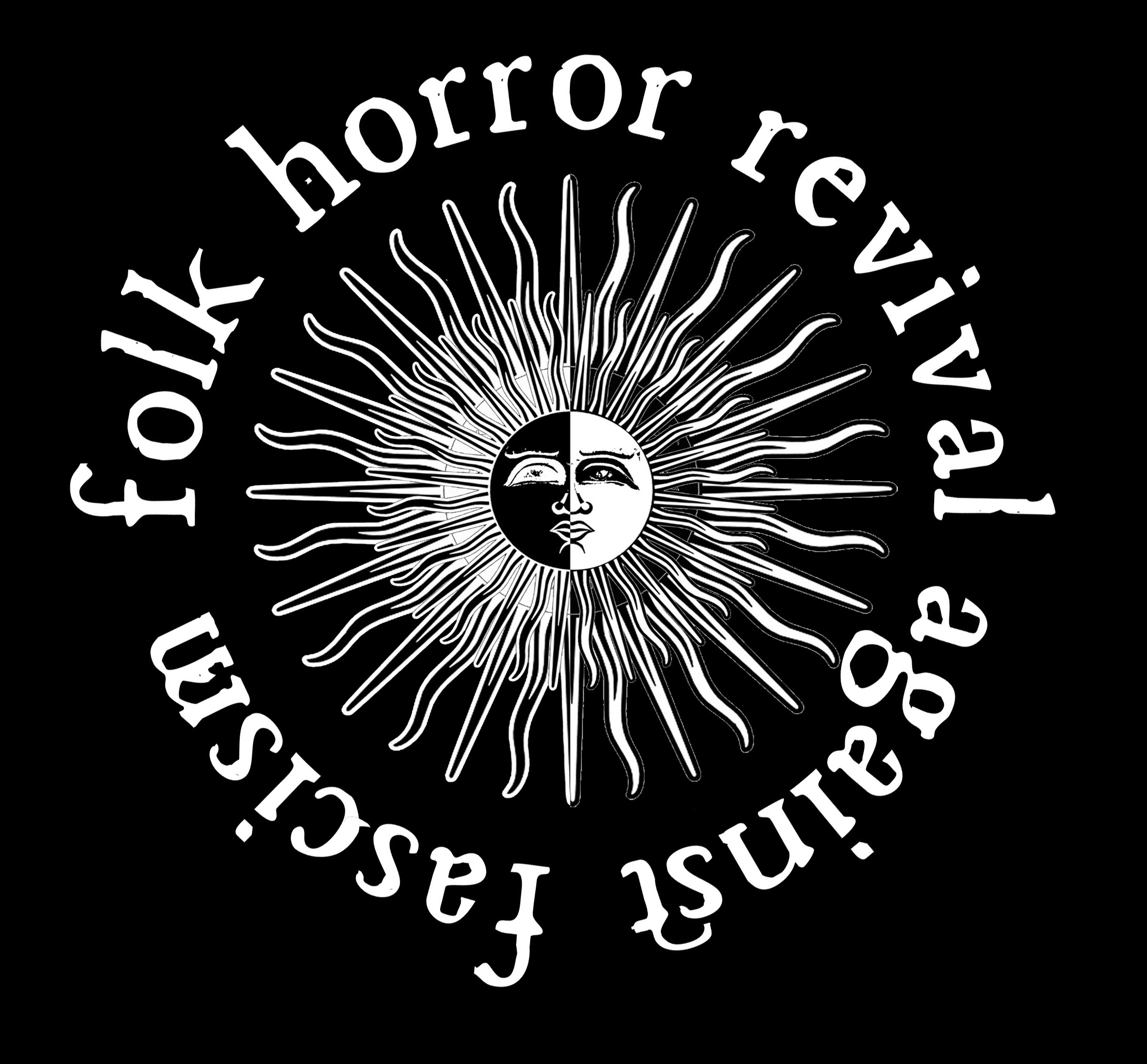 Again to make it VERY VERY CLEAR Folk Horror Revival is against all bigotry and always has been.
Do NOT think for a second that this is virtue signalling- it is NOT! , there are very personal reasons for us taking this stance and recent occurrences have prompted us to speak out loud and clear!

It is clearly stated in our Facebook group rules and description  –

“No hate speech or bullying

Make sure everyone feels safe. Bullying of any kind isn’t allowed, and degrading comments about things such as race, religion, culture, sexual orientation, gender, disability or identity will not be tolerated.”

We wanted Folk Horror Revival to be as apolitical as possible, but the recent threats made to a friend and associate of ours by Neo-Nazi Heathens has forced our hand to clearly and undoubtedly state that FOLK HORROR REVIVAL IS AGAINST FASCISM!!

Yet some folk have completely wrongly accused us or implied otherwise.
Our admins work extremely hard to keep posts from fascist factions out of the group and to refuse admittance to people of that ilk who request to join. They are sneaky bastards though and sometimes creep in as wolves in sheep’s clothing. As soon as we are aware they are gone in a cloud of dust.

Other folk without reading our group description or rules have misunderstood some posts. To clarify  – “The posting of Tribal, folk custom and / or other cultural items is allowed but not intended to be seen as ‘horror’ but is shared for inspirational and educational purposes. No offense is intended by the sharing of such material and respect should be accordingly granted in response.” We will discuss the matter with members who question the material. However if they do it in a hostile manner, they are also breaking group rules and that must be addressed. We will handle the issue but we will NOT tolerate being abused by anyone.

We reserve the right to censor and delete comments (even those we may agree with). That does not make us a Totalitarian regime, it is us making Our group a safe, pleasant place and not yet another internet battleground that the arrogant think they have a right to soil with their arguments. There are plenty other places to do that, Not FHR.
Any post that a person has issue with can be reported to Admins and we will deal with it. Don’t take matters into your own hands. This provokes fights and it is not what we want for our group.

It is Our group – Our Rules . Break them and your comments and in some cases your membership will be removed. We will not tolerate bullying to the Admins or other Members. If anyone has a problem with that, they are free and welcome to leave the group. We have blocked more people than many other groups will ever have joining them, so numbers matter little to us.

Our rules and stance are not up for debate – abide or leave, either through your own choice or ours.

I also want to push further the point about our stance  from my personal perspective.

I  – Andy Paciorek – am the creator of Folk Horror Revival – I am of mixed nationality. I am a mongrel, a nomad and as such Nationalism is abhorrent to me and therefore it is frankly very obvious that my creation, my project would not support that. Especially as my father was lucky to survive passing through Auschwitz and being interred in Belsen as a teenager prisoner before being forced into hard slave labour. He was lined up to be shot until last minute a Nazi said they needed more ditch diggers on the front line, where an SS officer pushed him into the mud and walked across the length of his back. . He came to Britain as a refugee / displaced person after the war. So hardly likely the project I created would tolerate nazism.

I grew up with my family suffering racism – not the ‘is this facebook post a bit appropriated’ racism but spat upon, punched in the face, hearing monkey noises, eggs thrown at windows at three in the morning and so forth racism!! So hardly likely my project would tolerate racism.

So anybody who accuses or implies that Folk Horror Revival has any sympathy towards nazis, neo-nazis, racism and any other bigotry is so far off the mark.
It is not only entirely incorrect to make those accusations or implications against us, it is actually very hurtful and harmful. so I hope this post is read and makes our stance and the truth of the matter very very clear.

£8 each + postage & packaging per item for White mugs.

£9 each + postage & packaging per item for Black mugs.

Check with Steve for overseas and quantity shipping costs.

With regard to the Folk Horror Revival Against Fascism design.
Folk Horror Revival ideally wanted to remain as apolitical as possible, but following threats and abuse received by a friend and associate  from individuals who were trying to appropriate her work and project name for xenophobic nationalistic purposes, in support to her we have decided to nail our flag to the mast and state our clear and solid opposition to ideologies, actions and individuals who express bigotry and hate towards others because of their race, religion, culture, gender, sexuality, physical health and identity.  Folk Horror Revival is Against Fascism!!

Folk Horror Revival is in support of celebrating the folklore, folk custom and costumes of all cultures – not  labeling such as  ‘horror’ or for exploitative cause but to display our appreciation of  and interest in different  cultural aesthetic expression and for educational and inspirational purposes.

Some of those who supported our stance have also expressed an interest in us producing merchandise sporting the Folk Horror Revival Against Fascism , so we have made mugs available – the sales proceeds of which will be put back into producing further Folk Horror Revival events and projects.

Sales profits from our books are charitably donated to the Wildlife Trusts.

Sales profits from other FHR merchandise go towards funding further live events and projects, not into our pockets.