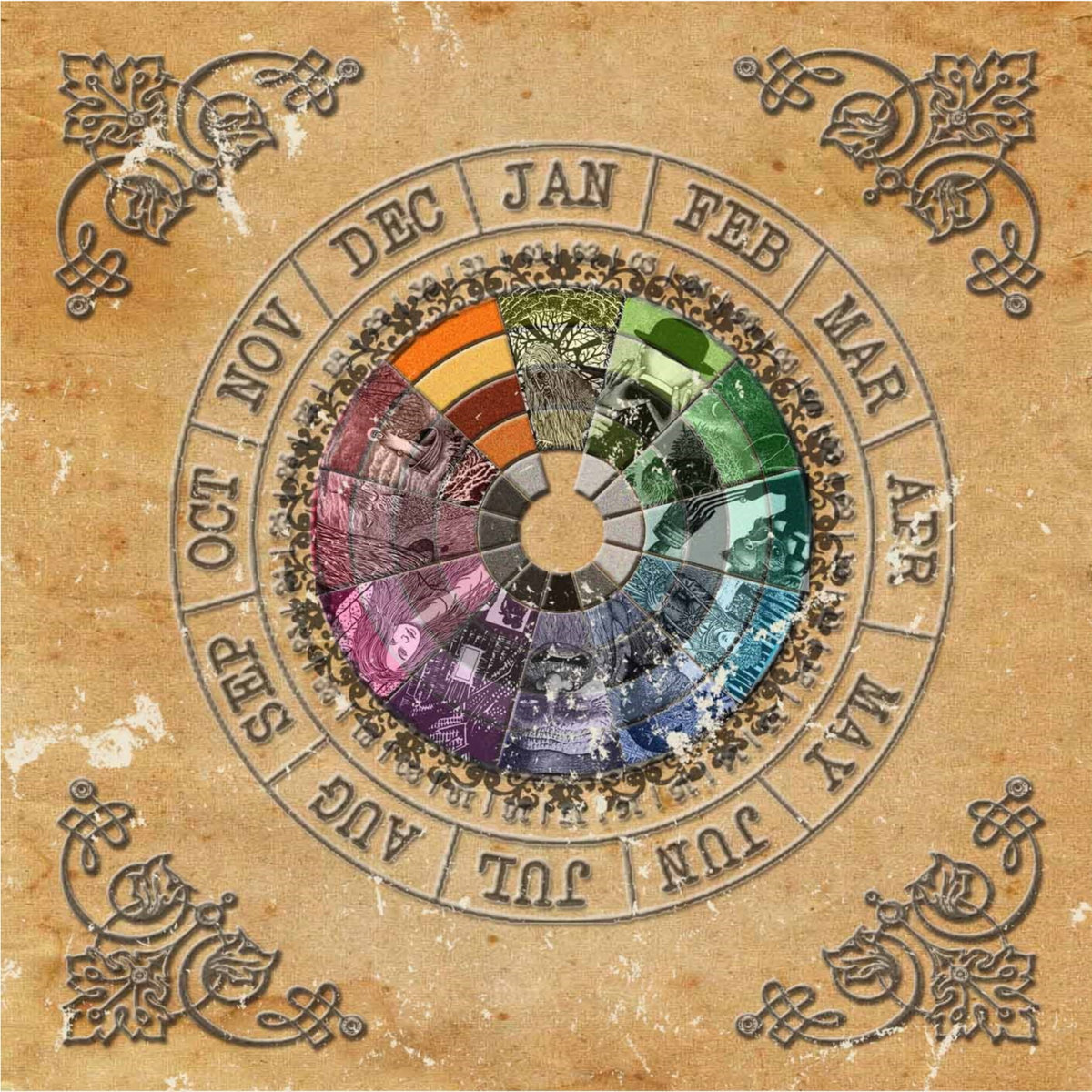 The Mortlake Bookclub are a shadowy collective whose first release on the brilliant Reverb Worship label is “inspired and directed by the surrealist parlour game Exquisite Corpse” wherein each collaborator adds to the previous person’s output. One of these members is Melmoth the Wanderer. Add to the mix a reading group centred around Dr. Dee’s library and surrealism, and you won’t be surprised to hear I was hooked immediately.

Opener, ‘The Sexton’s Dream’ sets the phantasmagoric tone beautifully: hazed and throbbed electrics, distanciated plucking and a spoken sample that is as threatening as it is cautionary. And it’s this sample that places the Exquisite Corpse squarely in a spectral rurality, where half-glimpsed simulacrums spook and uncanny survivals pervade.

‘Live Deliciously’ has ritual purpose. And I say this in a the same way an archaeologist digs into the land, finds something that can only be surmised as significant, and deems it a ritual object. Here this translates into a vague sense and aural awareness of a ceremonial performance whose importance and meaning is both enlivened and obscured by a resonant dissonance and distant chants. Only a tolling bell gives some clarity that a ritual is happening or has happened here. And no amount of polishing your obsidian stone will allow a clearer view.

With its swirling strings and baritone spoken word, ‘Exquisite Corpse’ could not be more haunting. The reversed voices, the shards of whispered narration, the funereal atmosphere – it’s definitively one of the heart-rending and poignant pieces of music I’ve heard in years. In short, it’s incredible.

With samples from this documentary the final piece ‘The Trial of Margaret Brown’, tells of witchcraft and cunning folk, and brilliantly envelopes and haunts like its predecessors.

Exquisite Corpse is available here in a limited and desirable edition. It’s on its second run so be quick.

`This review was originally posted on the `Both Bars On’ blog in November 2016 and is reposted with their kind permisssion (https://bothbarson.wordpress.com)’