Having previously reviewed John Towlson’s wonderful Candyman monograph from the Devil’s Advocates series from Auteur books, I was delighted to receive another two books from the collection with some serious folk horror credentials. The books in question are David Evans-Powell’s monograph of The Blood on Satan’s Claw and Brandon Grafius’ treatment on The Witch.

The Devil’s Advocates range is aimed at exploring the classics of horror cinema, and the contributors are generally firmly entrenched in that world via careers in academia, journalism or through their own contributions to the literature of horror. What is evident from the very beginning is that those who have been asked to write these books are passionate and knowledgeable about their subject matter and whilst the books have a certain academic quality to the writing they are never overly wordy or impenetrable.

The Blood on Satan’s Claw by David Evans-Powell

One of the unholy triumvirate of films that are deemed the very cornerstones of the Folk Horror movement, Blood on Satan’s Claw (1971) is a supernatural horror movie set in a small rural English village in the 18th century. After the discovery of a sinister looking skull in a freshly ploughed field, a series of bizarre occurrences take place among the village’s young people culminating in a ritual rape and human sacrifice. In recent years the film has become a classic of the Folk Horror genre and David Evans-Powell’s monograph is a thorough and interesting delve into the film’s history, looking at its position within the Folk Horror oeuvre, its relationship to the landscape and nature, and its socio-political message, particularly its relationship to the late 60s and early 70s counterculture.

The book is divided up into series of different sections, the first provides a brief synopsis of the film and an introduction that places the film within the context of the time it was made, and in relation to other films of the time. The next section looks at the film’s production and reception, this introduces the reader to some of the key figures involved in making Blood on Satan’s Claw such a runaway success. There are sub-sections on cinematographer Dick Bush, director Piers Haggard, composer/musician Marc Wilkinson and screenwriter Robert Wynne-Simmons, as well as the film’s production that provide a lot of valuable information about the film’s genesis and how it all came together. The next couple of sections deal with the importance of the landscape and how it is used in the film, as well as looking at nature and the way the setting juxtaposes the simple superstition of the rural setting with that of the rational, enlightened city (London).

Beyond that Evans-Powell delves into ideas about a past the refuses to be forgotten, the concept of “reviving forgotten horrors” to paraphrase the great Patrick Wymark in his role as the judge. This section is interesting and provides some fascinating and detailed discussion of our pagan past. The final section is called Anarchy in the UK and features a fairly in-depth discussion of the film’s relationship to the counter-culture movement of the 60s and 70s, particularly the darker side of that movement with a focus on the Manson murders and English child murderer Mary Bell.

Evans-Powell has written a powerful and fascinating monograph that is very readable. He manages to cram a lot of intriguing detail into such a short book yet it never feels as though the reader is overloaded with information, and it always feels relevant and interesting.

The Witch by Brandon Grafius

The second of our two books is a monograph based around the Robert Eggars film The Witch. Much like Blood on Satan’s Claw the film has become synonymous with the Folk Horror movement and has achieved a similar status as a classic of the genre. If Blood on Satan’s Claw, The Wicker Man and Witchfinder General are the classic unholy triumvirate, The Witch is one of the titles that fits the bill as their modern equivalent, alongside films like Kill List, November, In the Earth and Midsommar it sits at the forefront of the Folk Horror revival.

Brandon Grafius is a Professor of Biblical studies at the Ecumenical Theological Seminary in Detroit, and is well noted for his writing on the subject of religion and horror. The book is heavy on facts and Grafius provides some tremendous background information about the time in which the film is set. Eggars himself spent an inordinate amount of time and energy on researching the period in order to bring the film a realness. Grafius does much the same for the study of the film, and after delving into New England’s puritan past and considering the context of the witch trials that took place in the late 17th century, he takes the reader on a whistle stop journey through the realms of literature, cinema and folklore in order to place The Witch within the context of what we call folk horror. The sections on The Witch as folk horror and the folklore associated with the film and witchcraft in general are excellent, well researched and kept me hooked in. These are followed by a section discussing the film’s main characters, that features some interesting analysis of not only the family and their flawed existence but even Black Philip himself.

Much like Evans-Powell’s Blood on Satan’s Claw, The Witch is a well-researched and beautifully written monograph that provides a fascinating and in-depth study of a classic film in around a hundred pages. As with the previously reviewed Candyman it has be said that Auteur have really come up trumps with this wonderful series of short monographs looking at the classics of horror cinema. I have already started to build a list of the other titles in the series that I need to check out.

You can see the full range of Auteur’s Devils Advocates series at the following link: https://www.liverpooluniversitypress.co.uk/series/series-15364/

Blood on Satan’s Claw by David Evans-Powell is available to buy from Amazon at: https://www.amazon.co.uk/Blood-Satans-Claw-Devils-Advocates/dp/1800348061 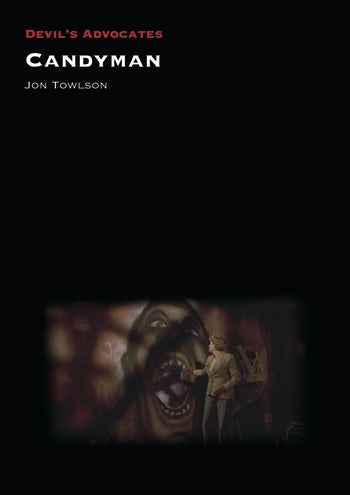