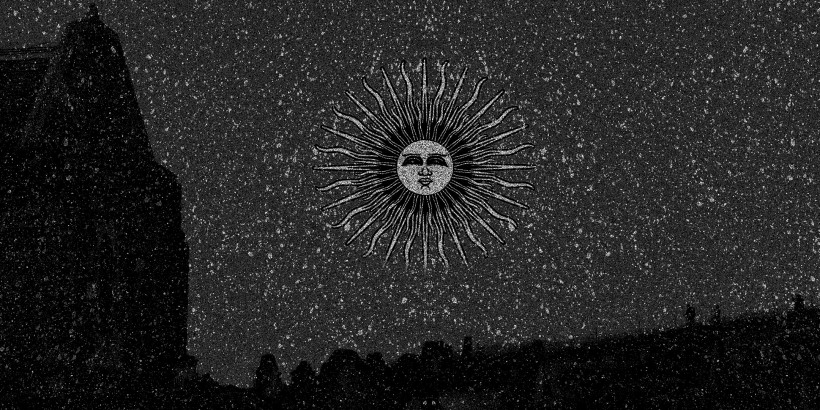 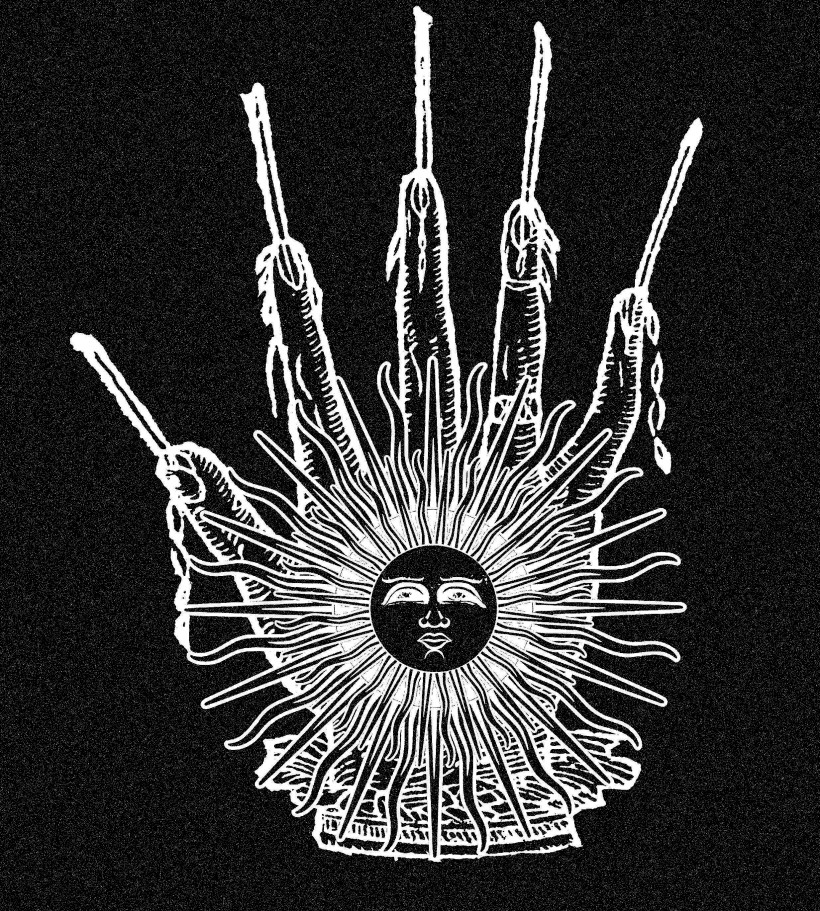 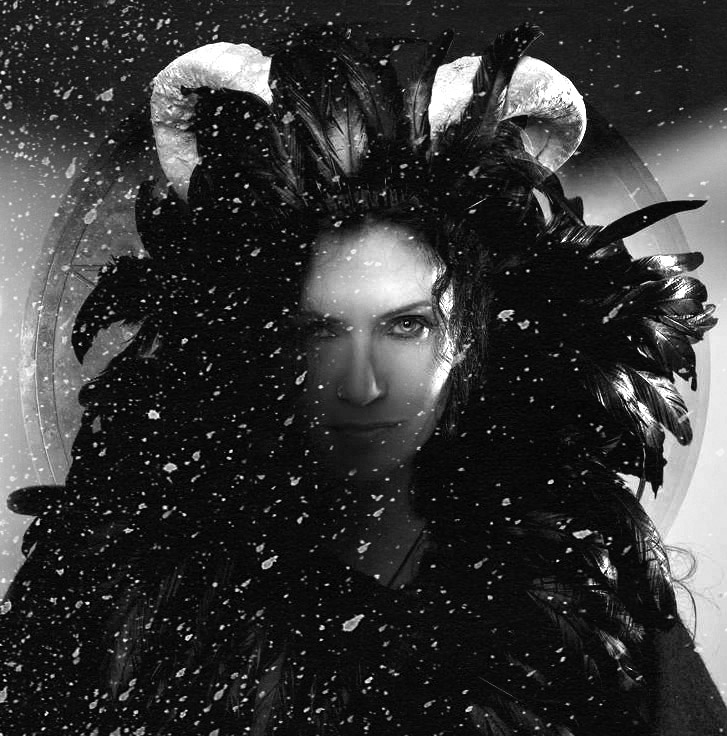 Inkubus Sukkubus  formed in the summer of 1989, when Candia Ridley and Tony McKormack met at college in Gloucestershire, studying graphic design and photography. They soon discovered they shared interests in witchcraft, magick and folklore, as well as similar tastes in music. The band went on to tour extensively, including Russia, USA, Australia, Mexico, Scandinavia and Europe, and have to date released 22 albums, their latest being ‘Belas Knap: Tales of Witchcraft and Wonder, vol 2’.

Having grown up watching with delight, through barely parted fingers, British films such as Blood on Satan’s Claw and The Wicker Man, folk horror has both shaped them as individuals as well as inspiring the music they create. They will be joined by like-minded friends to perform an acoustic set of some of their more dark folkloric songs for Winter Ghosts.

Join us at Winter Ghosts – Tickets and full line up – Here 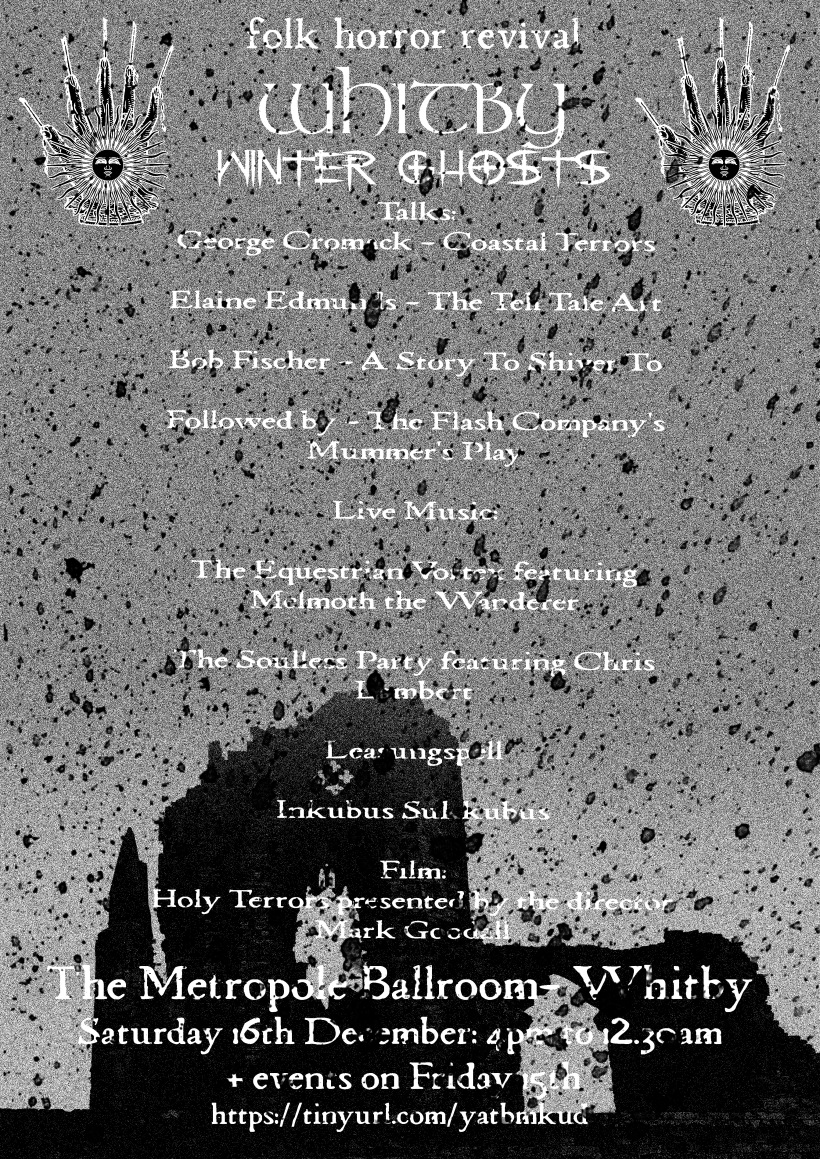 Winter Ghosts: What is This What is Coming? 7

Winter Ghosts: What is This What is Coming? 6

Winter Ghosts: What is This? What is Coming? 5

Winter Ghosts: What is This What is Coming? 4 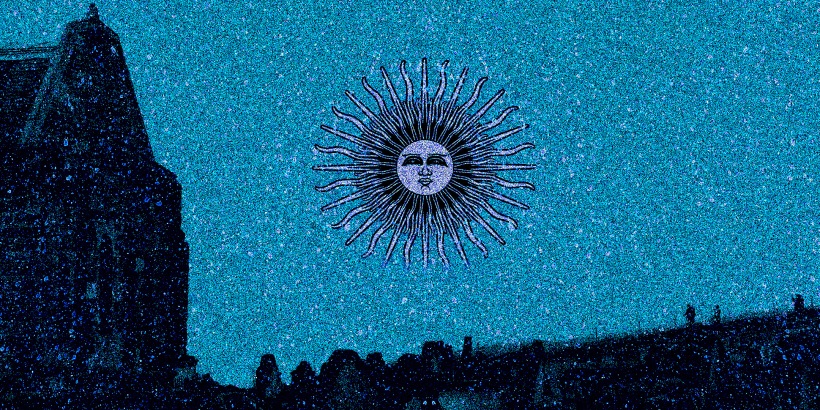 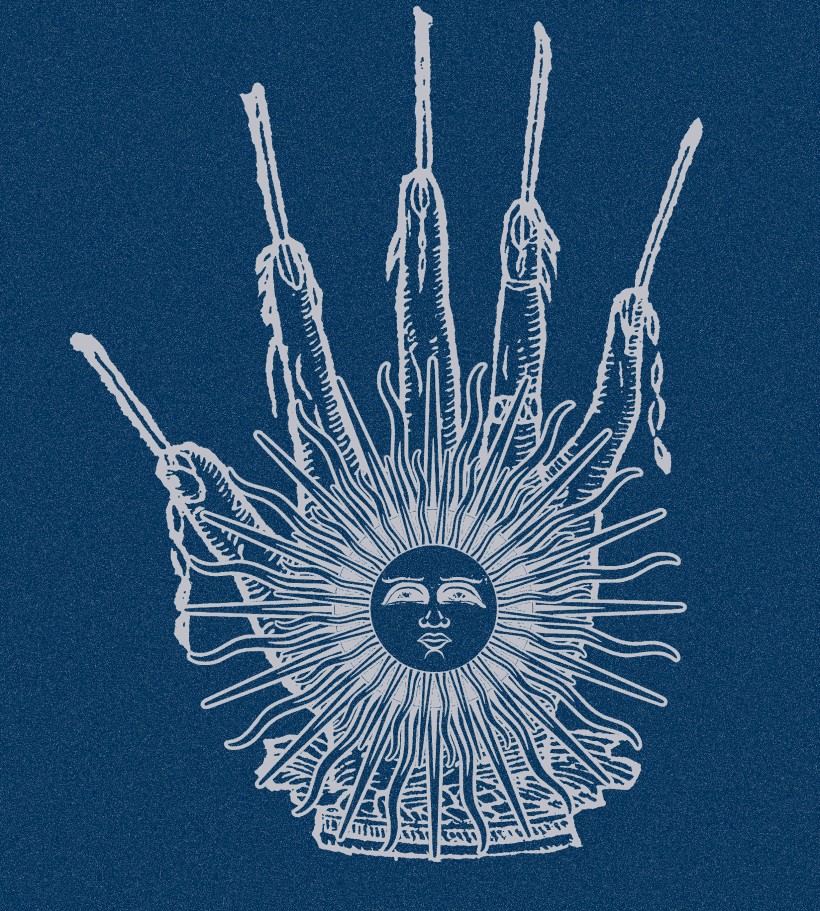 Two Bobs from the Boro region will bring marvelous stuff to Winter Ghosts.

An epic poem set to live music and recorded sound effects performed by Bob Beagrie, Sara Dennis, Kev Howard, Peter Lagan and S.J.. Forth, recounting the journey of Brother Oswin’s from the monetary of Herutea at Hartlepool to Whitby in the year 657 AD. Oswin’s carries secret letters from St Hild and must keep to the wee wegs as he traverses the wildoren, haunted by the ancient spirits of the land and his own grim ghosts. The piece brings the Wyrd of the dark ages to life in a strange language that is uncannily familiar.

Bob Beagrie will also be reciting poetry with Jane Burn from their book This Game of Strangers earlier in the day on 17th December at the Rusty Shears book readings. 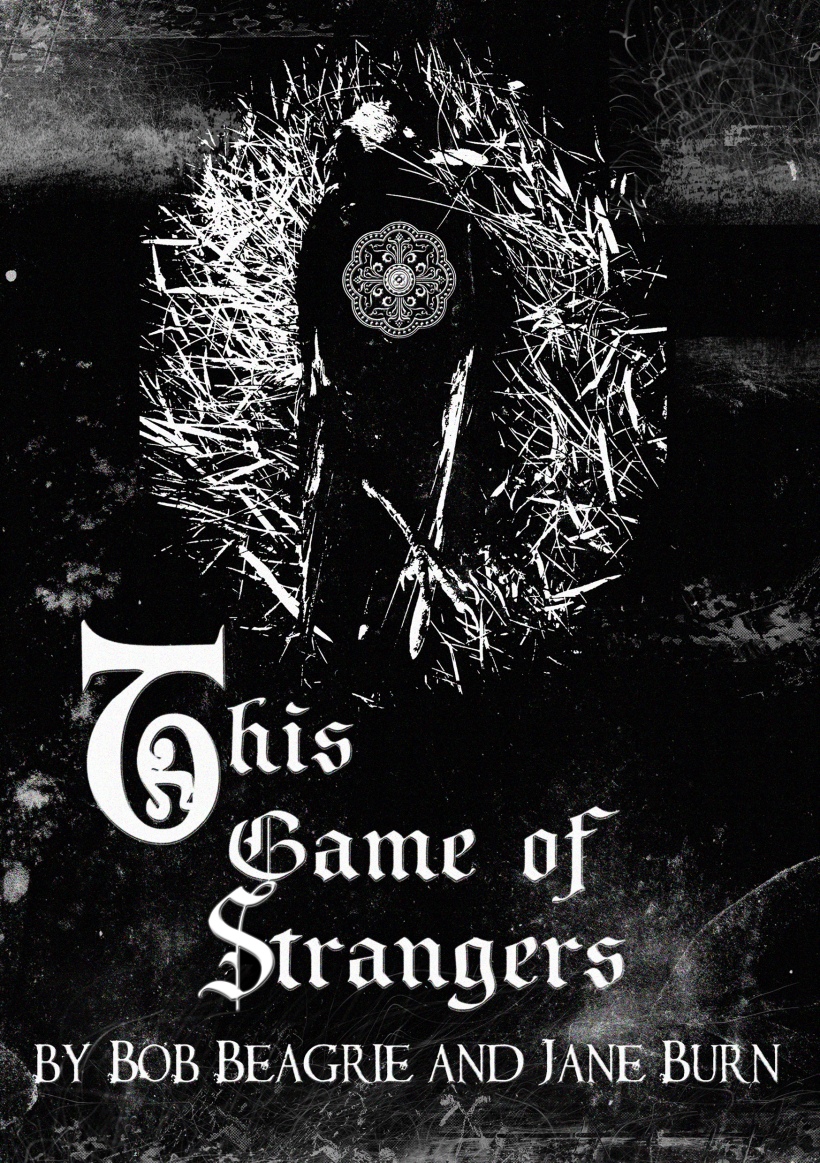 Also appearing at the Metropole will be Bob Fischer, who will invoke a strange and sinister familiar figure from the past to bring us some eeriness to shiver our timbers. 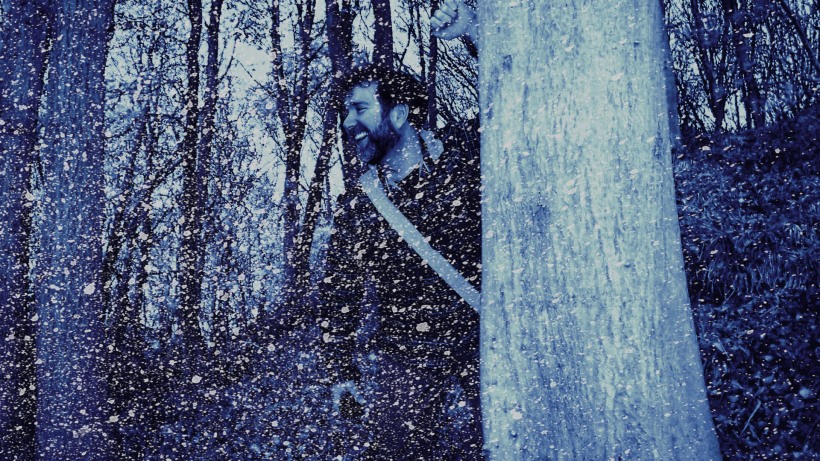 Bob Fischer is an experienced writer and broadcaster specialising in an eclectic blend of popular culture and folklore. His debut book Wiffle Lever To Full! (Hodder & Stoughton, 2008) was an offbeat travelogue of British science-fiction and cult TV conventions (‘A joyous, irreverent celebration of Britain’s secret love of the bizarre’ – Gay Times) and, in more recent years, he has written for the Fortean Times magazine, covering such diverse subjects as the hauntology movement, the books of Alan Garner, and the folklore and mythology of the North Yorkshire moors. This latter subject also formed the basis of his radio documentary Worms, Witches and Boggarts, broadcast on BBC Tees in 2014. He continues to broadcast regularly for BBC Tees, and is currently using his love of Northern folklore as the inspiration for his first novel, Juddwick. It’s a work in progress… but that’s what they all say, isn’t it? 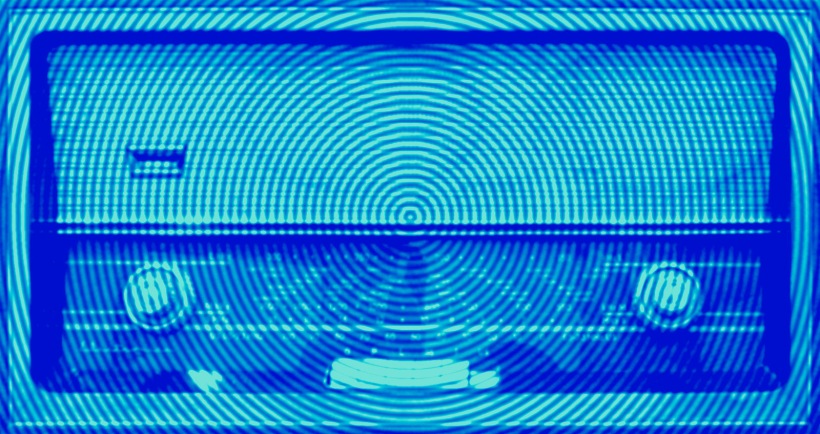 For tickets and full line up information – Winter Ghosts 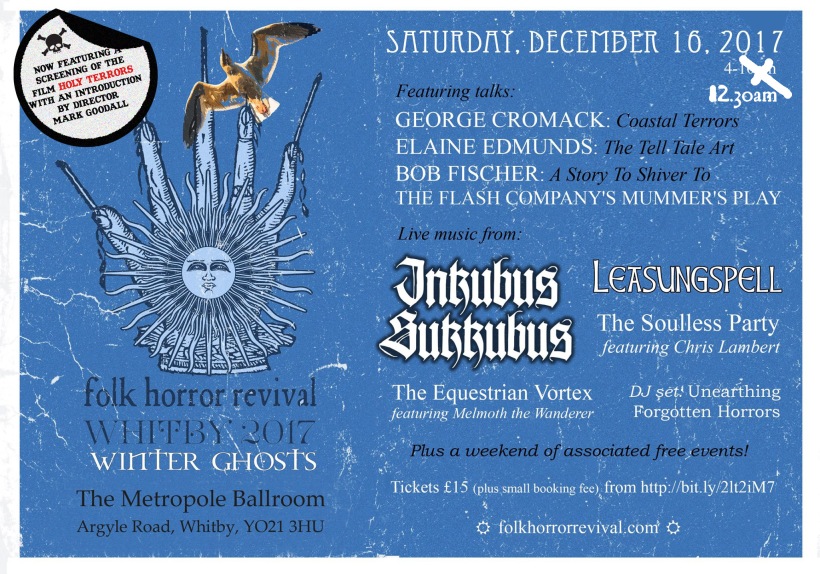 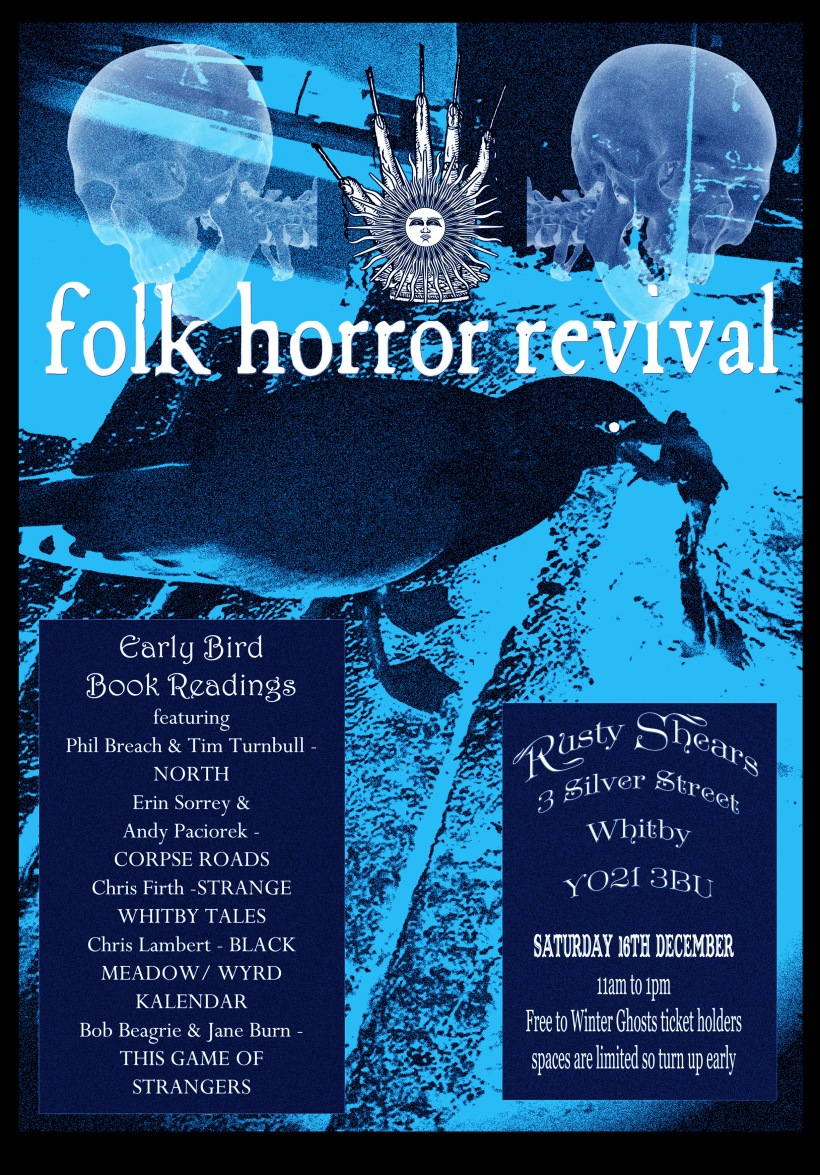 Winter Ghosts: What is This What is Coming 4 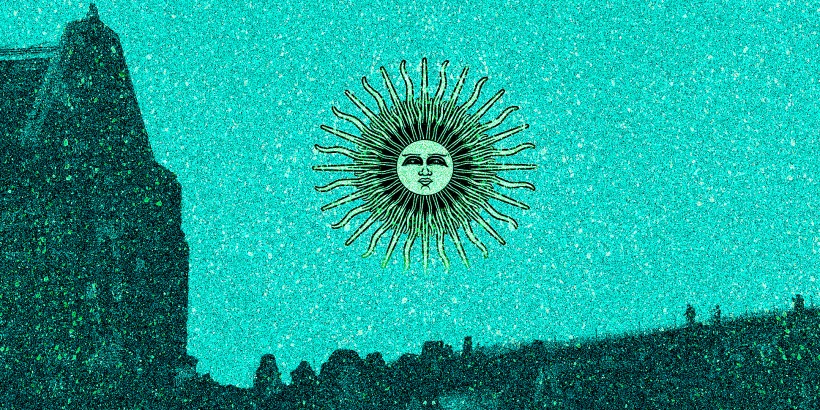 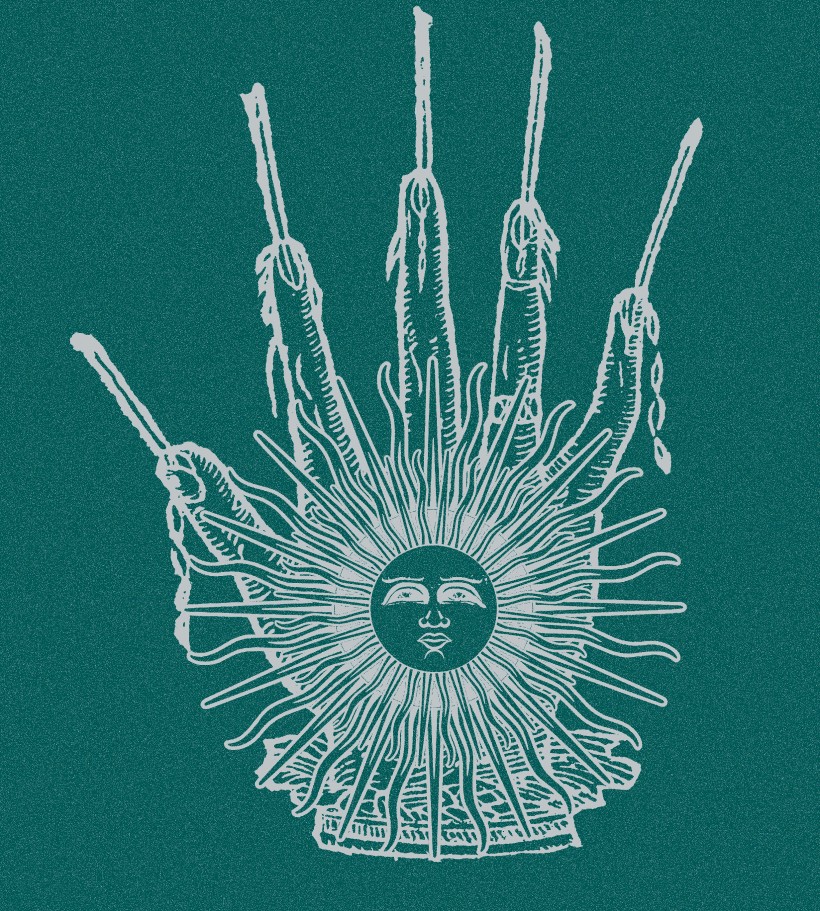 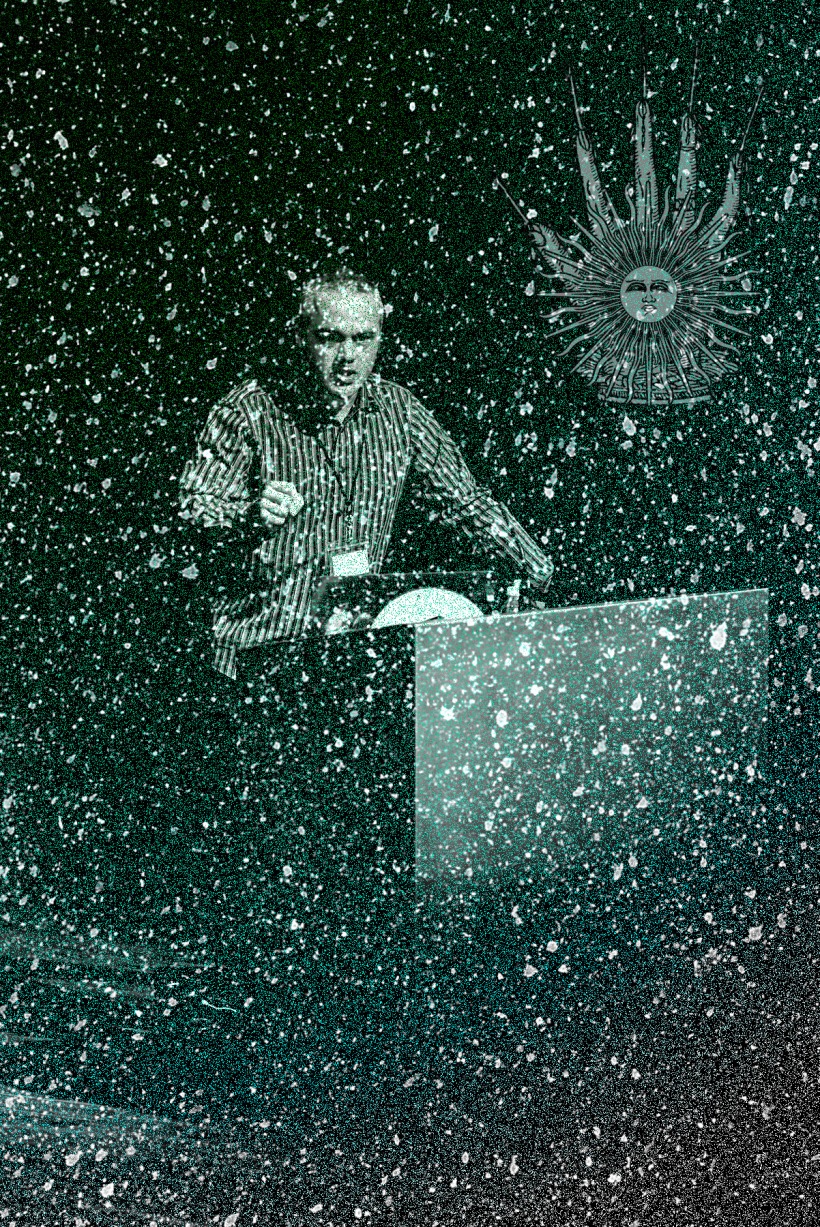 On Friday 15th December at Whitby Bookshop at  and on Saturday  17th December at Rusty Shears gin cafe on and at the Metropole Ballroom Chris Lambert (with The Soulless Party)  – Storyteller – Teacher – Traveller of Mist – Mythogeographer – Demiurge – Liar will be treating us to much mysteriousness from his impressive array of books.

Chris Lambert is the curator of the Black Meadow and its associated phenomena. He works closely with Kev Oyston as part of “The Soulless Party” to uncover the mysteries hidden within its dense mist. 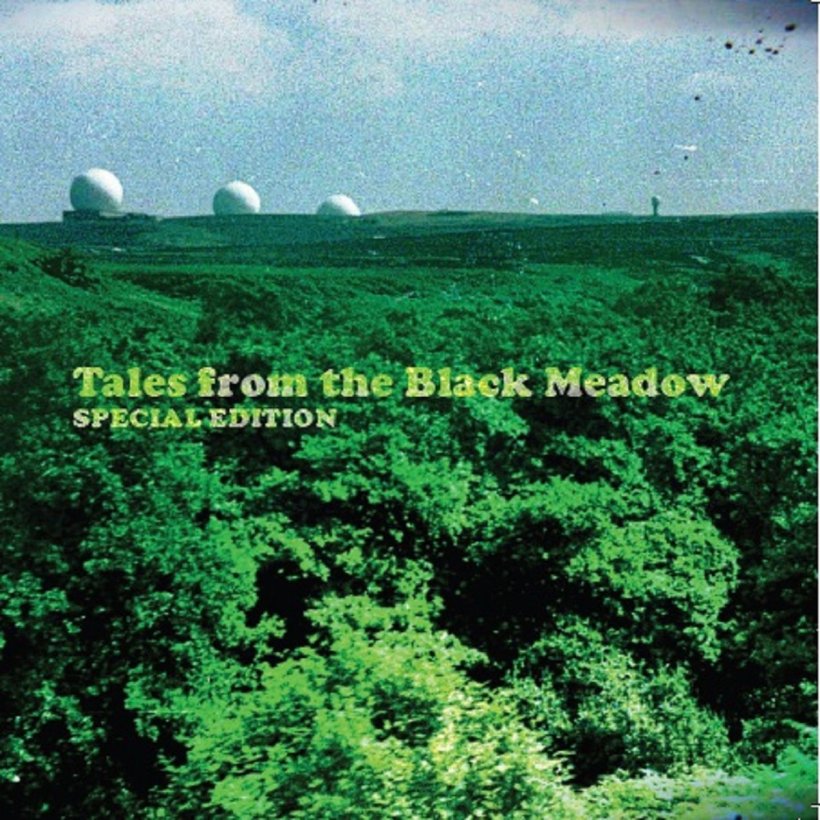 He writes far too much. As well as the critically lauded Tales from the Black Meadow he has also recently published (with Folk Horror Revival progenitor and illustrator Andy Paciorek) a new collection of folk horror short stories entitled Wyrd Kalendar and Christmas on the Black Meadow.

He has had short stories published in Dark Spirits, The Ghastling, The Dead Files and Tales of the Damned. He has had four plays published and over 20 performed professionally including: The Simple Process of Alchemy, Loving Chopin and Ship of Fools. He occasionally dabbles with music too. In 2016 he curated Songs from the Black Meadow (Mega Dodo) a folk horror album featuring the music of artists from around the world. He is currently putting together a new album based on the Wyrd Kalendar which will be released by Mega Dodo in the autumn of 2018.

Starburst Magazine has this to say about Tales from the Black Meadow: “The stand out entries include “Beyond the Moor” a poem about a maiden accosted by a bandit who remains unafraid due to having been to the “beyond” of the title and returned. Also of note are “Children of the Black Meadow” where a bereaved mother resurrects her deceased kids as blackberry bramble homunculi; cyclical damnation tale “The Coal Man and the Creature” and the paranoia-inducing sucker punch “The Watcher From the Village” … this is a collection that strongly invites a second reading…”

Sebastian Baczkiewicz – Creator of BBC Radio 4’s “Pilgrim” said this about Wyrd Kalendar – “Gripping, sometimes terrifying but always surprising: this is the year described in the Wyrd Kalendar. Live it if you dare…” 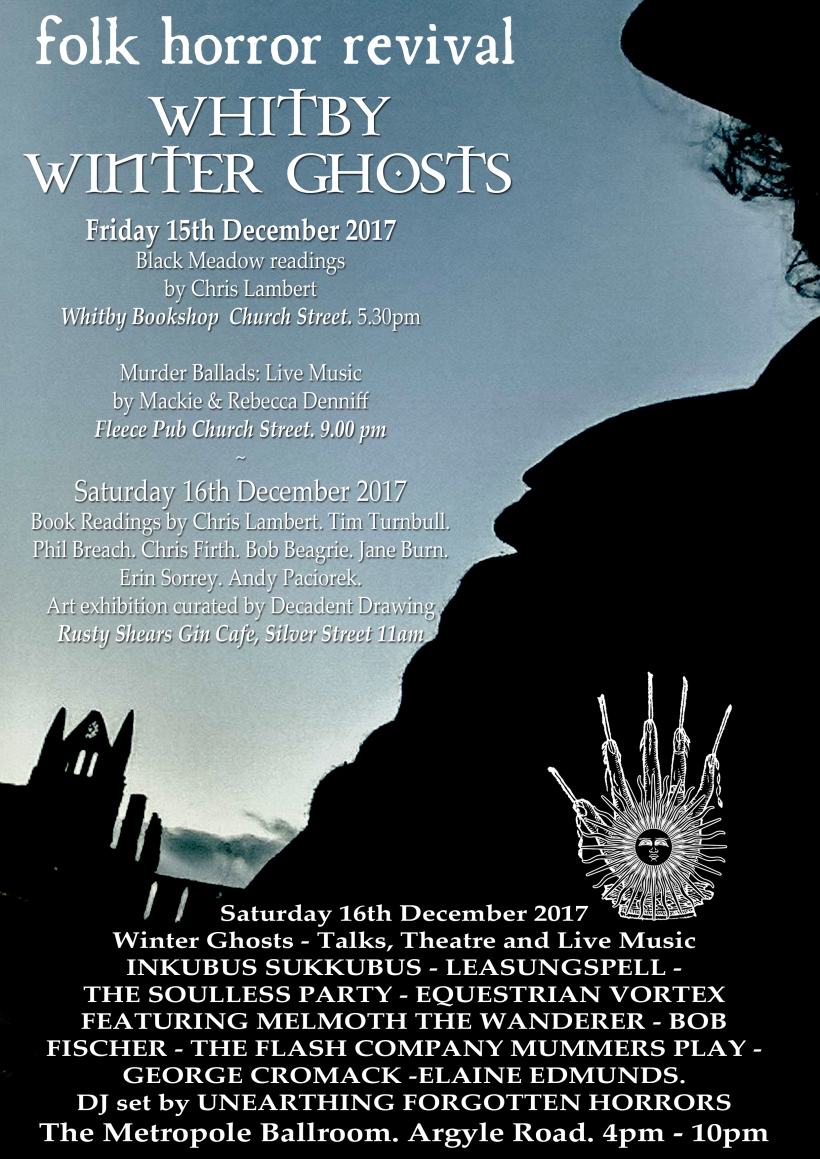 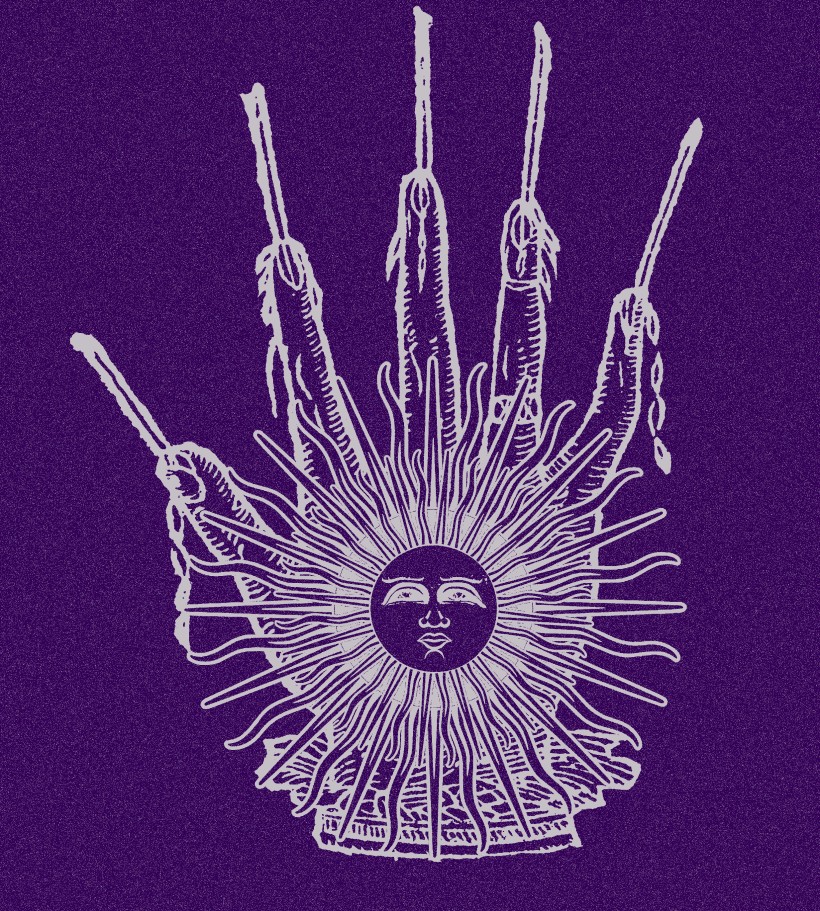