So as the Autumn takes full hold it is time for us to announce the final acts for this year’s Folk Horror Revival – Winter Ghosts event that takes place December 14th at the Metropole in Whitby.

Our final musical act are the rather wonderful Scottish prog rockers Big Hogg.

Big Hogg are a 6 piece Canterbury influenced progressive group mixing threads of acid folk , Dr John , Kevin Ayers and 60s and 70s west coast psych.They released their eponymous debut album on Neon Tetra in 2015 and built up a glowing live reputation following shows at the Barrowlands , Rockaway Beach ,Wickerman and Eden festivals. In 2017 they signed with London label BEM who released their critically acclaimed “Gargoyles” album in May of that year. Record Collector magazine described it as ” An epic fantasia through Glasgow’s grimy underbelly with tumbling brass and suspended jazz chords” , while prog magazine describes them as ” masters of weaving an aural tapestry of influences together to create some suitably brilliant and uplifting music in the true spirit of the Canterbury pioneers” The band are currently recording their third album.

Joining the lineup is our very own Darren Charles who will be bringing his Unearthing Forgotten Horrors radio show to the event. Featuring an eclectic mix of music, Darren’s aim will be to get everyone up and dancing to the very best in prog, folk, metal, goth, alternative, electronica and psychedelic music.

Finally we will be screening three rather fabulous short films.

Welcome to a voyage from novice to initiate. The chthonic path is the common thread that weaves together the various underground religions in America from Wicca to Voodoo and Stregheria to Santeria, and everything in between. Along our pilgrimage, we will unfold the historical background in places where witchcraft came into its own distinctive form such as Salem, New Orleans, New York City, and Los Angeles. American Witch will also explore the stories of practitioners and how it’s changed their lives.

Scarlett Amaris has co-written scripts for the seminal horror anthology THE THEATRE
BIZARRE (2011), the award-winning, supernatural documentary THE OTHERWORLD
(L’AUTRE MONDE) (2013), featuring years of her research into the mysteries of the South of France, in which she appears as a resident expert, and the horror film REPLACE (2017). She’s co-written the dark fantasy trilogy SAURIMONDE I, II & III, and her first contemporary fiction novel DESIRED PYROTECHNICS will debut in 2019. A well-regarded authority on alternative history, her research has been featured in numerous books and anthologies. She also teaches comparative mythology and witchcraft at The Crooked Path Occult Apothecary in Los Angeles, and is a founding member of the Tridents of Hekate coven. Scarlett’s screenplay for H.P. Lovecraft’s The Colour Out of Space is currently receiving a great deal of praise across the festival circuit ahead of its release.

Melissa St. Hilaire wrote film and music reviews for The Heights Inc. Her poetry has appeared in the periodicals Shards, The Outer Fringe, and The Laughing Medusa. She co-authored several scripts for Tone-East Productions. She has written articles for Feminine Power Circle, Savvy Authors, SF Signal, and The Qwillery, among others. She has also appeared in the anthology books Folk Horror Revival: Field Studies and Folk Horror Revival: Corpse Roads. Her debut book was a memoir titled In The Now. She co-wrote the dark fantasy series, Saurimonde, with Scarlett Amaris, and is currently finishing a sci-fi novel called X’odus. She is also a founding member of the Tridents of Hekate coven.

Gary has been influenced by film-makers such as Jan Svankmajer, Kenneth Anger, Alejandro Jodorowsky, Luis Bunuel, Hans Richter, Man Ray and Jean Rollin. All these elements meet within a melting pot to find visual references within the work.

Gary’s films can be viewed in many different ways, as straight forward narrative pieces but also as ritual film as demonstrated by similar film-makers such as Maya Derren or even as music promo video. The films stand as an ongoing obsession of their maker as an overall understanding of the human psyche within certain specific landscapes.

Conjuration is Gary’s most recent film and is based around an Alexandrian ritual. It deals with modern day magick, but also correlates it with magick’s heritage through Gary’s impeccable choice of shooting locations. Several powerful ancient sites, notably Avebury, Glastonbury, Pompeii and Oslo were chosen for this purpose.

Directed by Lauri Löytökoski, Louhi, The Northern Witch is a silent film with an ambient-folk score, based on The Kalevala, the Finnish national epic, the story draws from its shamanistic aspects.

The lead character is Runoi; a nascent witch who confronts his mother’s night terrors and is quickly transported into the realm of Louhi, the witch-queen of the undead. He journeys to axis mundi, the mythical pillar connecting heaven, earth and the underworld.

Main characters of The Kalevala are introduced as vessels for him to pass through. In the lines of Carl G. Jung’s anima/animus theory, they represent subconscious element of one’s sexuality, the opposite of the dominant side.

So, that pretty much completes this year’s action packed lineup. Tickets are currently available from the eventbrite page below. We hope to see you all there for what promises to be another spectacular weekend of music, film, talks and art.

Don’t forget as well as the main Saturday event there will be the Thresholds Art Show in conjunction with Decadent Drawing, the unofficial Friday ice-breaker featuring Storm Chorus at the Rifle Club, and the Ghost story readings at the Hetty and Betty Cafe in Baxtergate on Sunday 15th.

This December, Folk Horror Revival, will be returning to Whitby for our second Winter Ghosts event. The all day happening takes place at the Metropole ballroom, on December 14th 2019. The event will run from 1pm until after midnight and features some truly outstanding talks, stories, music, films and much, much more besides. The lineup itself has been handpicked by our team, and features some truly incredible talent that we simply can’t wait for you to see.

It is with much excitement that we would like to announce Al Ridenour as our first guest. 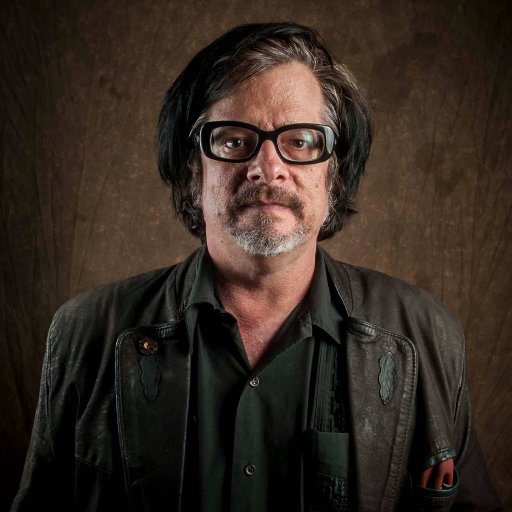 Explore the authentic folklore, history and contemporary practices associated with the Krampus with Al Ridenour, author of The Krampus and the Old, Dark Christmas and
preeminent English-language expert on the subject. Ridenour’s lively presentation,
illustrated with slides, archival video (and a drop-in by a LIVE KRAMPUS) reveals how
this often-misunderstood figure is connected to centuries-old witchcraft beliefs and an
older darker understanding of the Christmas season as a time offering access to the spirit
world. Now in its second printing, The Krampus was described by LA Times’ books critic
Elizabeth as “gleefully erudite,” and a book that “deserves to become a classic.”
Ridenour is also a producer of Krampus events in Los Angeles, an artist and mask-maker,
and host of the folk-horror podcast, Bone and Sickle.

Joining Al for more Krampus related fun and frolics will be Whitby’s very own Elaine Edmunds and Laurence Mitchell of Decadent Drawing, organisers of the annual Whitby Krampus run that takes place each December, and raises much needed funds for The Whitby Wildlife Sanctuary.

We don’t want to say too much at this stage, but we can promise Al, Elaine and Laurence have something a little special planned for Winter Ghosts, and we can’t wait for you all to see it. 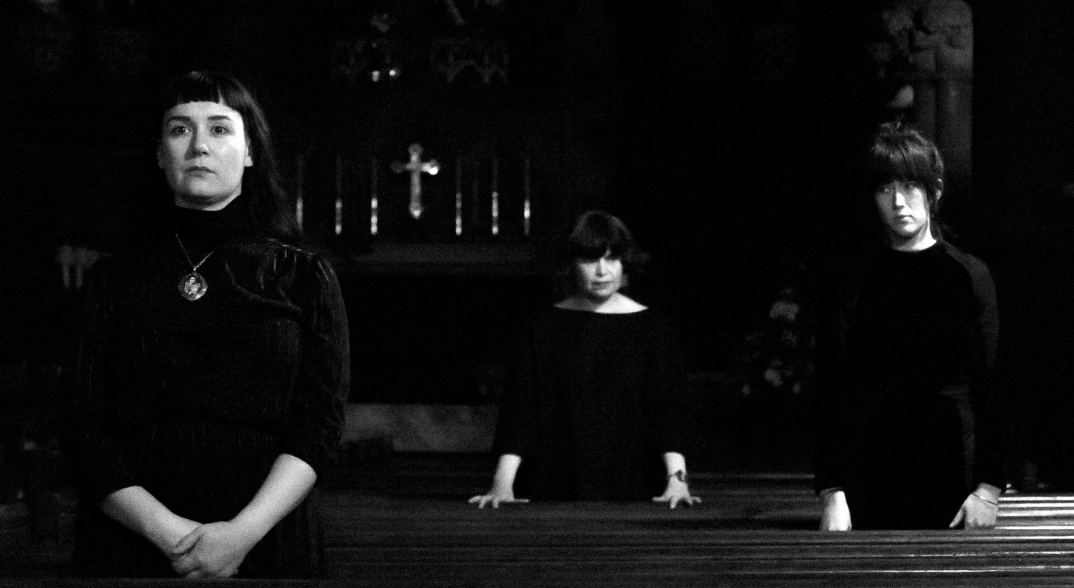 “sonically adventurous … with an emotional range and a raw inventiveness which is all too rare in contemporary folk circles.” – Alex Neilson
“A masterclass in shimmering, ethereal folk music… Cannot recommend highly enough” – Kyle Lonsdale, Earth Recordings

Our final guest for this first announcement is George Cromack, a writer, sessional tutor and lecturer whose core subject areas are creative fiction, specifically Scriptwriting for film & T.V, and Film Studies. For almost ten years George taught on a number of programmes at the University of Hull’s Scarborough Campus – including modules on their Creative Writing Degree. It was during this time he developed his interest in what has become widely known as the Folk Horror genre, the subject of his film based PhD thesis, delivering a paper on some of its narrative conventions at the Fiend in the Furrows Conference in Belfast.  A keen advocate of adult and community education, George also teaches evening classes in Film Studies & Creative Writing for the local Scarborough branch of the WEA and introduces the occasional film screening at the Stephen Joseph Theatre. Recently one of his fictional short stories was included in Terrors Tales for a Winter’s Eve, a small collection of ghostly tales from local writers.

George’s talk ‘Home for the Holidays’ will take inspiration from adaptations of popular children’s stories in film and television such as The Children of Green Knowe, Moondial and the Amazing Mr Blunden examining their use of the ‘time slip’ narrative, notions of ‘ancestral mystery’ and speculating on their appeal.

Right that’s it for now, we’ve much more still to come, so please keep checking back for further announcements. Tickets are available from the link below priced at £13 for the full day and £7 for the evening. So what are you waiting for, grab your tickets now while stocks last.